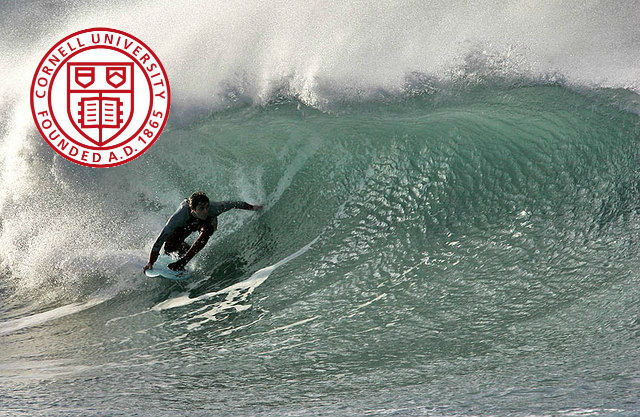 BEEBE LAKE—The survival of Cornell’s Club Surfing team is in jeopardy this season as it looks to replace its captain and sole member, Blake Stolar (CALS ‘14). Stolar lead the Soggy Bears to the wildly celebrated completion of two seasons his junior and senior year, with records of 0-6 and 1-5 respectively, before he graduated last spring.

Stolar remarked, “I think once kids realize how willing the university is to spend their money on whatever we ask for, they’ll be lining up,” when asked about the legacy of the team. “One weekend, Cornell bought me a ticket to Cancun for an invitational. I barely made it past the first round of qualifiers, but I got hammered on rum and Coronas for three nights, which was pretty sick. If that isn’t ‘Any person, Any study’, I don’t know what is.”

Stolar will attend Washington University in the fall, where he plans to earn a PhD in Oceanography.