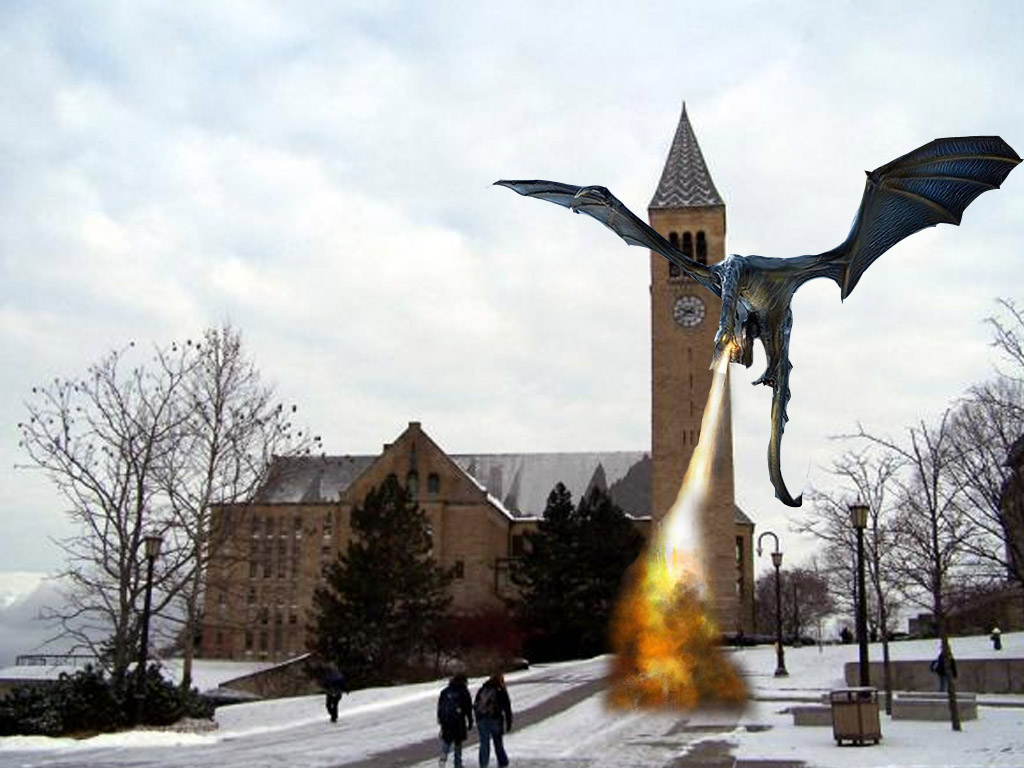 HO PLAZA — Fear and worry erupted on campus when the Cornell community witnessed the evil Green Southscale Dragon, Nídhöggr, lock the Princess in the tallest room in McGraw Tower. She is expected to remain there for the foreseeable future, until either the townspeople relinquish all their gold to the dragon or she is rescued by the handsome prince.

The dragon claims to have committed this hostile act because “the people of Ithaca are weak, and the land of Cayuga will bow to me or it will burn.”

News of the Princess’ capture has rattled students and faculty alike. Many are condemning the dragon’s actions as “crazy” and “dastardly.” But no matter how harsh the criticism, all are ultimately powerless to the sovereign will of the evil Nídhöggr.

Sources report that a knight in shining armor was en route to Ithaca to handle the situation, but was last seen caught in a brutal battle with a fanatical cult of architecture students in the shadow of the mountain pass south of Elmira.