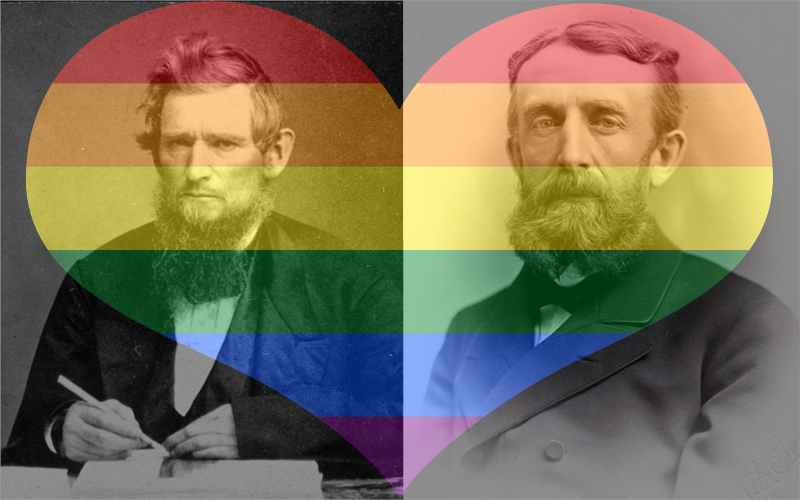 ITHACA — After the recent legalization of gay marriage by the Supreme Court on Friday, Cornell University founders Ezra Cornell and AD White were finally able to get engaged.

“I was so incredibly happy when I heard the big news, but for Ezra to pop the question immediately was the icing on the cake!” exclaimed White, who began dating Cornell back in 1865 while the two men were creating their Ivy League university. The two have continued dating ever since, and recently celebrated their 150th year together.

“I know the motto is ‘any person, any study,’ but I knew that Andrew was the only person for me, and that the only thing worth studying is love,” said Cornell, staring deeply into his partner’s eyes from across the Arts Quad.

Cornell and White have begun making wedding plans for Ithaca this Fall, but are now looking elsewhere after realizing how long the waiting list is for a Sage Chapel ceremony.