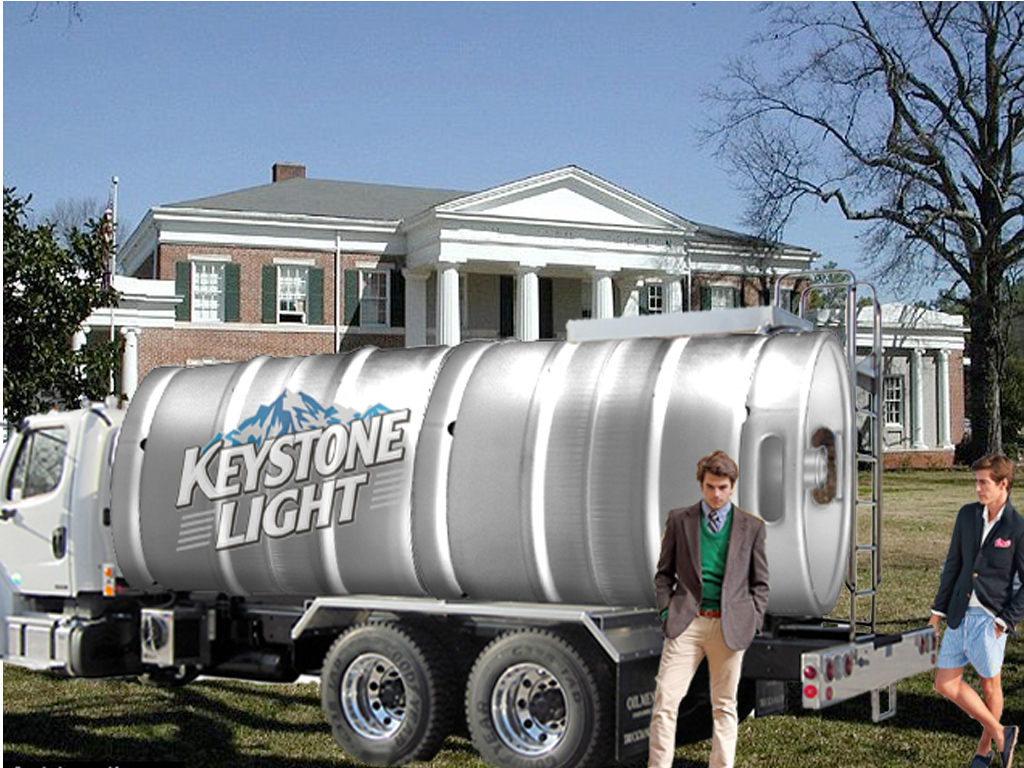 TRIPHAMMER ROAD — A coalition of fraternities has purchased a tanker truck of beer to be shared among Cornell’s frats during pledge season. This unprecedented effort will save thousands of dollars on the millions of gallons of beer that the frats collectively purchase during the semester.

“I know this is sorta making history, and it was mostly my idea,” Frederick Carlson ’16 said, laying a hand on the side of the truck. “The hardest part was ordering a keg that’s 2,000 times the size of a normal one. Hopefully we’ll have enough beer to keep the new pledges constantly blacked-out.”

As the mega-keg arrived at the Epsilon Upsilon annex, one anxious freshman observed the scene. Said Jackson Morris ‘19, “I’m sure it’ll be worth pledging… I’m pretty sure… But that’s a lot of beer. I heard they’re gonna make us swim in that thing.”

“We spent hours calling truck companies, and Brad could barely attach the tap to the semi– but it’s all worth it for that moment you grab a ladder to do the most epic kegstand of your life,” Carlson said.