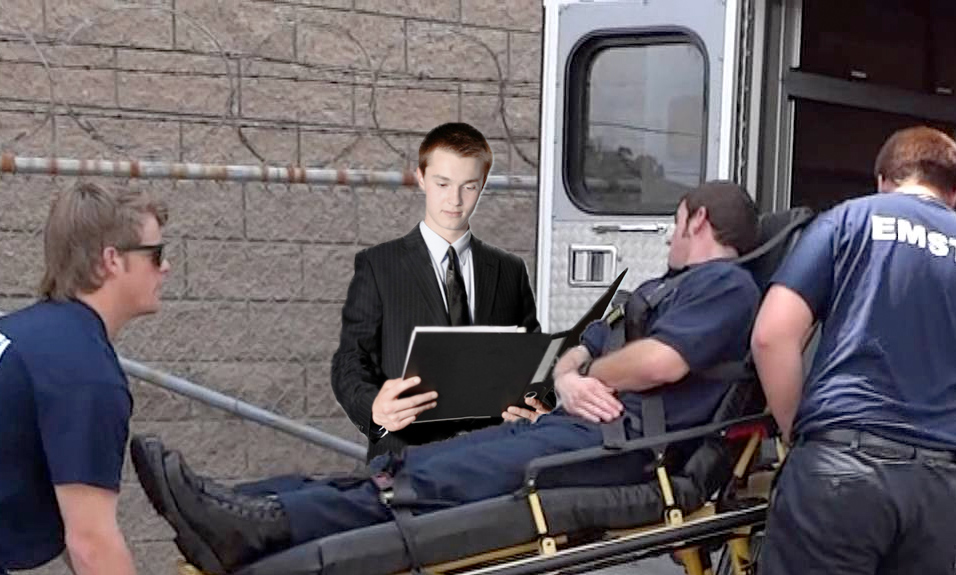 This article was sponsored by Cornell Mock Trial, a student group that participates and competes nationally in Mock Trial tournaments simulating a fictional court case.

ARTS QUAD — The Cornell Mock Trial team came under fire earlier this week for ambulance chasing, soliciting legal counsel to a student who tripped down the steps outside Goldwin Smith Hall.

“A personal injury suit like this could be worth millions! There’s no ‘watch your step’ sign or handrails on those stairs, you’re entitled to sue for damages and more!” shouted Clayton Brown ’18, a member of the mock trial team as the injured student was carried into an emergency medical van.

“Every time there’s a broken foot or alcohol poisoning on campus, the Cornell Mock Trial team tries to sneak a business card to a potential client,” said a representative from Cornell EMS.