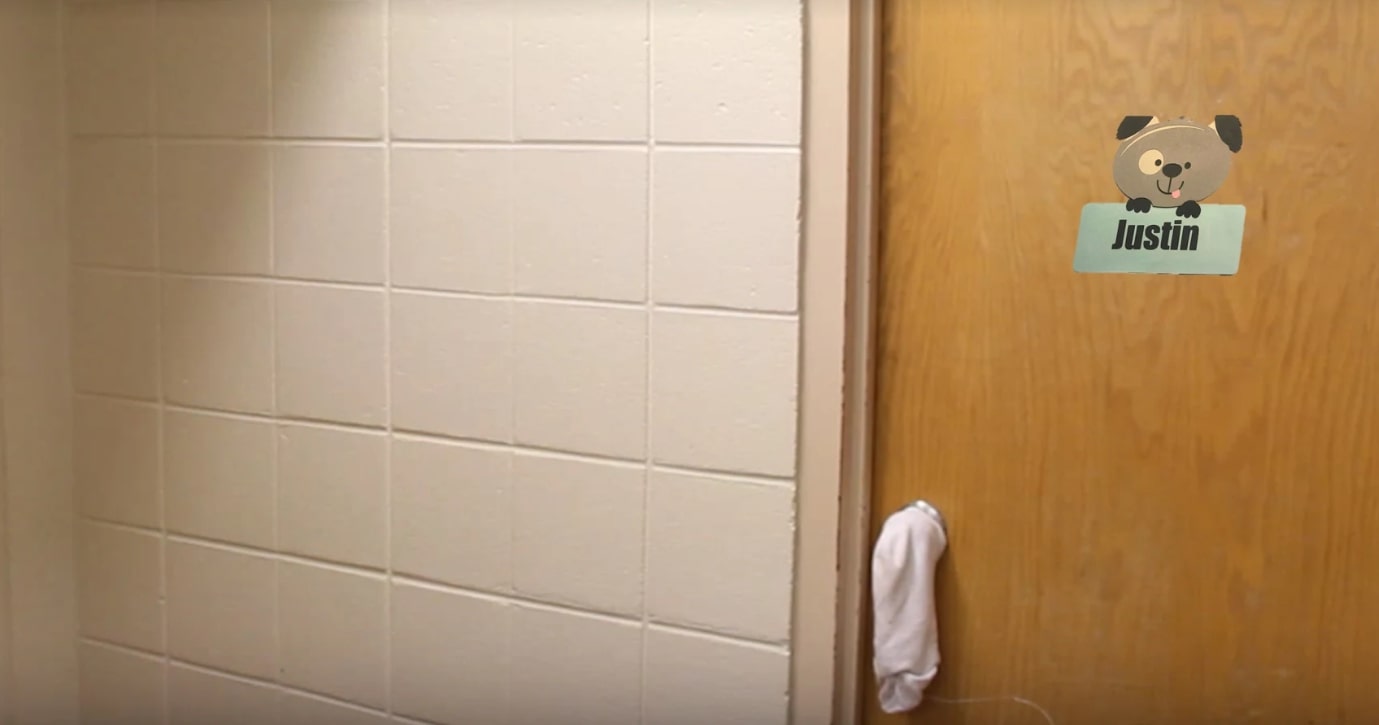 DONLON HALL—Despite having no roommates, Justin Palmer ’23  proudly displayed a sock on the doorknob of his hallway single after receiving female company late Wednesday evening.

A sock on the doorknob, the widely-recognized warning signal to returning roommates of ongoing sexual activity, has traditionally been viewed as unnecessary when only one person occupies a room. Budding sexual superstar Palmer, however, reportedly believed his Wednesday night romp necessitated the cotton blend PR campaign.

“He is the only person with a key to that door,” said neighbor Bryce Schwartz ’23. “I’m not really sure what he was trying to accomplish with this stunt, but I sure wish I had thought of it first. Palmer’s a legend.”

Palmer was unavailable for comment, as he was preoccupied with sending Snapchats to his high school ex-girlfriend subtly featuring a series of fresh hickies, texting his neighbors unprompted to “make sure things weren’t too loud over here”, and asking if anyone was “planning ‘a condom run’ anytime soon” in the Donlon GroupMe.