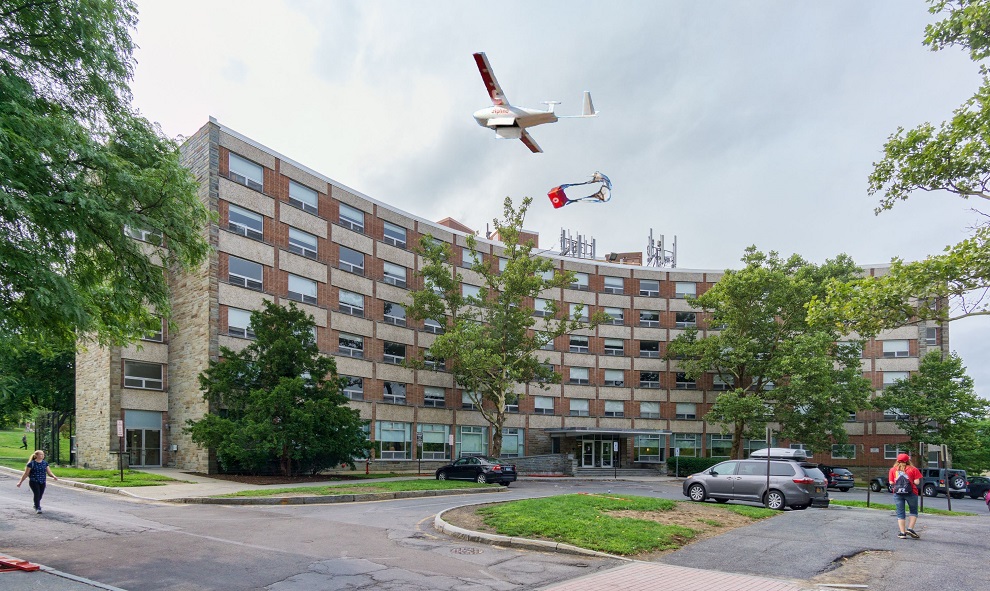 ITHACA—Following weeks of preparing contingency plans for a potential on-campus Fall 2020 Semester, University administrators have developed a viral containment and public relations strategy to deal with the inevitable outbreak that will occur in Mary Donlon Hall.

Seen as a breeding ground for highly transmissible diseases given the perpetually close-knit nature of its residients and their penchant for being total fuck machines, the first year dormitory packs kids into Donlon like sardines in a big U-shaped can. “Cutting down on the number of bathrooms during construction seemed like a great way to save money for the school at the time. Apparently now it’s a ‘serious health liability,’” explained Residence Hall Director Lammi Ada.

The university has planned for everything, ranging from a single student testing positive to a massive dorm-wide outbreak. In recent weeks, administrators have been browsing Amazon for deals on “large metal deadbolts” and making preliminary calls to helicopter companies about airdropping supplies.

“We already have several different emails in our drafts that begin with ‘Dear Ithaca Campus Community, We regret to inform you of an ongoing public health situation regarding Mary Donlon Hall,’” said Vice President for Student and Campus Life, Ryan Lombardi. “So you could say we are prepared for anything.”