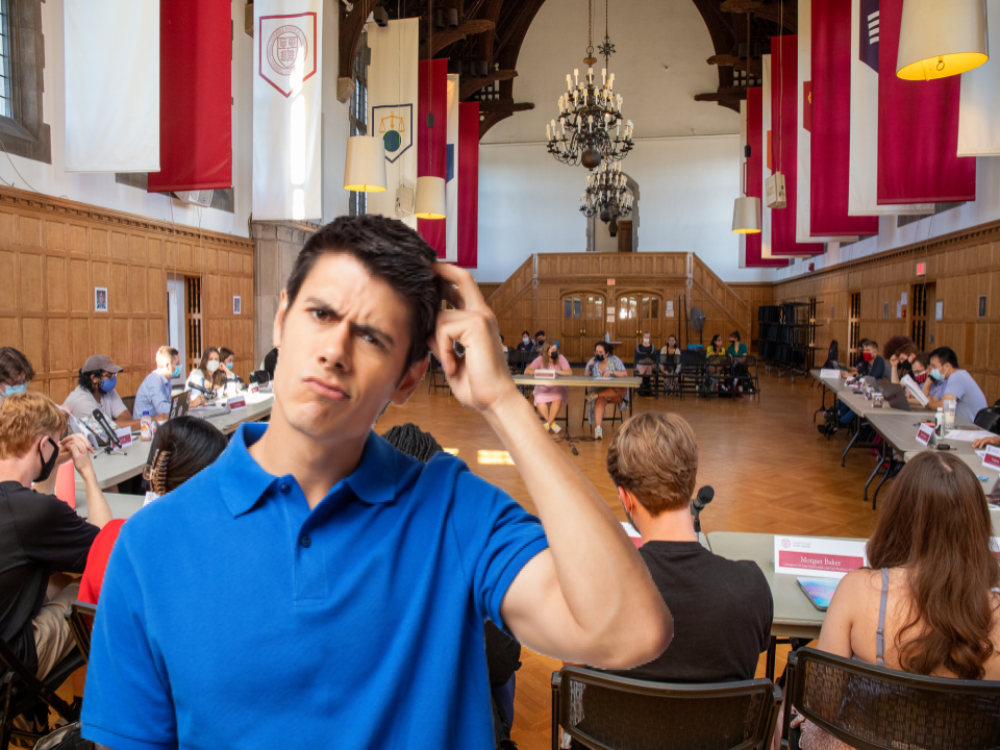 WILLARD STRAIGHT HALL—A recent lack of extremely public meltdowns within Cornell’s student government has led many students to wonder what dumb shit they are getting into this semester.

“I don’t know what to think,” admitted John Hawkinson ‘23. “I haven’t heard anything about them this year, and that kind of scares me. Like, did 30 undergraduates desperately vying for fake power suddenly just get their shit together, or  are they secretly trying to abolish the Dyson School as we speak?”

In response to growing anxieties, multiple undergraduates harboring similar beliefs to Hawkinson have formed SA Watch, a committee dedicated to unraveling what is truly going on behind the scenes of this mysterious branch of shared governance. The group has grown exponentially over the past month, and has branched out to following SA members on Instagram, putting polls out on gimmick Instagram accounts, and scouring Cornell’s Reddit. Some members even suggested they actually attend a meeting or read the Sun, but this measure was swiftly voted down.

“I remember so many crises over the last few years,” recalled Jenna Swarthmore ‘22. “Disarmament, BDS, the entirety of last year’s election. It seemed like the SA couldn’t get a single thing done without someone getting cancelled and Ben Shapiro chiming in on Twitter, but now? I mean, I still don’t know what the fuck they’re doing, but at least I haven’t heard anything about it.”

When asked, SA Watch confirmed that no member of their group had voted in the last elections, and that none intended to vote this year either.