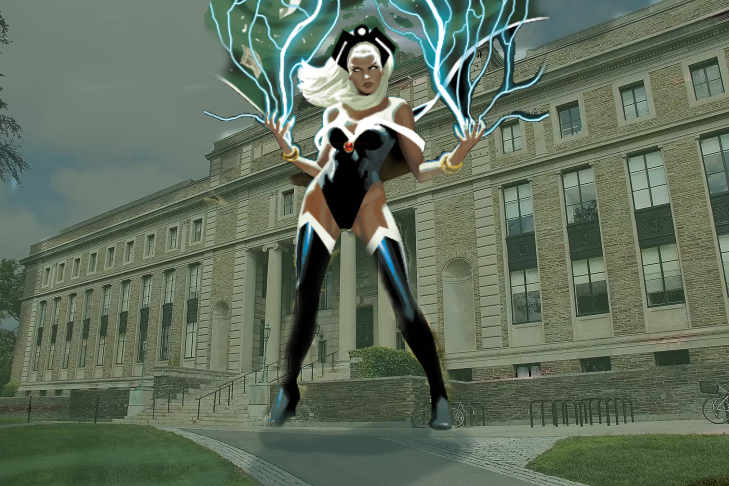 BAKER HALL—Students in CHEM 3090: Inorganic Compounds were left cowering in fear this Tuesday as their instructor achieved apotheosis at the close of Cornell’s drop period.

According to witnesses, the class started as normal but quickly went off the rails when Dr. Frederica Jackson locked eyes with Samuel Weiss ‘22, who was attending his first lecture of the semester to see “what those funny numbers on Student Center are all about.” Suddenly, Baker Hall’s seasonal affective disorder-inducing dimness turned to supernatural darkness as all doors to the classroom slammed shut.

“You shouldn’t have done that,” warned Jackson as her feet drifted off the floor, body propelled only by the sheer rage caused by spending twenty years in Baker Hall. Invisible hands yanked a struggling Weiss from his .25x.25” desk and dragged him to the center of the lecture hall before a glowing-eyed Jackson. “Once you had hopes, dreams, a chance of graduating with a C average. But now? You’re nothing.” Jackson then used her newfound psychic abilities to banish Weiss to the 8 AM Lecture Zone, an interdimensional prison in which each minute is as long as a lifetime of suffering.

When asked for comment, Weiss’s classmates responded by chanting “GLORY TO CHEM 3090!” in unison as they too began drifting upwards to the darkening sky.