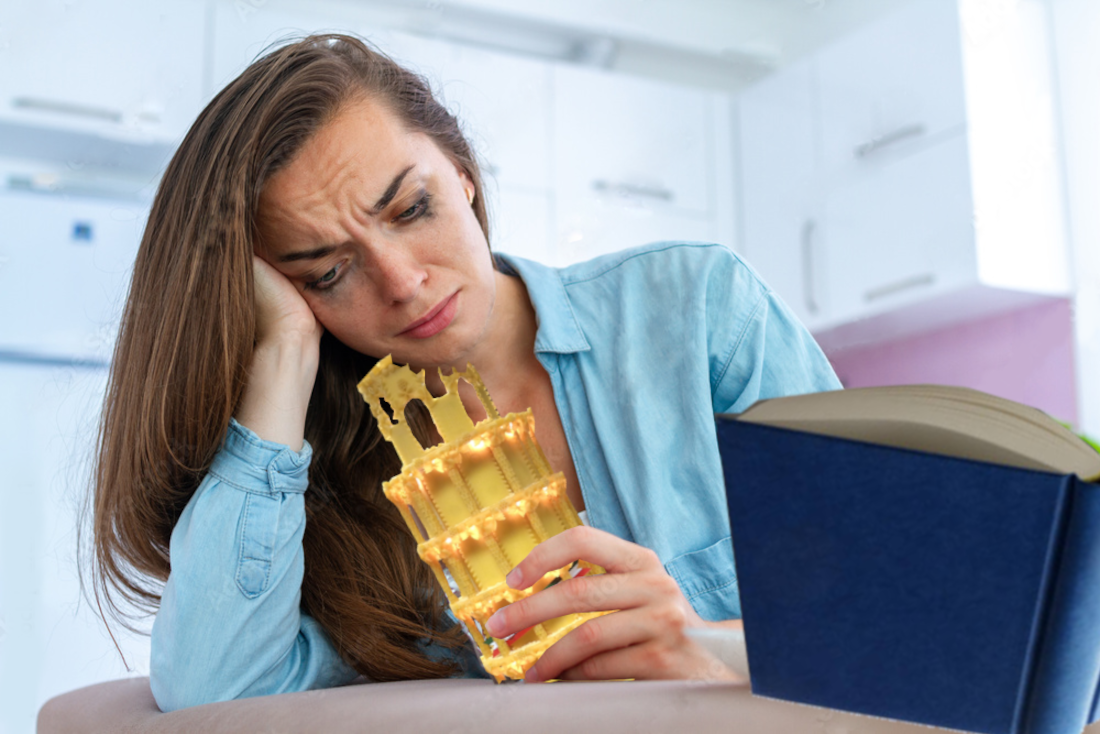 MILSTEIN HALL–Armed with a hot glue gun and 218 boxes of uncooked pasta, fifth year AAP student Julia Pisano undertook the challenge of a lifetime: the construction of McGraroni Tower–a 1:20 scale model of Cornel’s most notable landmark. Upon its completion, instead of stepping back and admiring her marvel of modern architecture, Pisano broke into a fit of hysterics and took a bite out of the roof.

Originally a thought experiment for ARCH 5120: Alternative Building Materials, Pisano’s personal project quickly took on a life of its own. After three weeks of intensive study, careful planning, and painstaking pasta management, McGraroni Tower stood at a massive eight feet eight inches tall and was composed of nearly fifteen pounds of pasta. It took Pisano only two hours to completely consume.

“I didn’t know if what I was watching was art or just really sad,” explained Mark Atkins ‘25. “It was gut-wrenching. Like literally, the thought of eating all that pasta made me want to vomit.” Atkins went on to explain that, luckily for Pisano, her tears seemed to soften the noodles as she ate them.

Unsure of how Pisano was able to produce a structurally sound piece of architecture using only pasta, Dean of AAP Bill Derman called in a team of forensic experts in an attempt to reconstruct Pisano’s process, stating, “Edible housing could completely reshape the industry. Think tortellini towers, fettuccine flooring, spaghetti spires.” The results of the investigation were largely inconclusive, as the only evidence recovered were lasagna noodles carved with pleas for help.

Unfortunately, the motivation behind this macaroni massacre may never be known as Pisano promptly fell into a food coma following her feast.