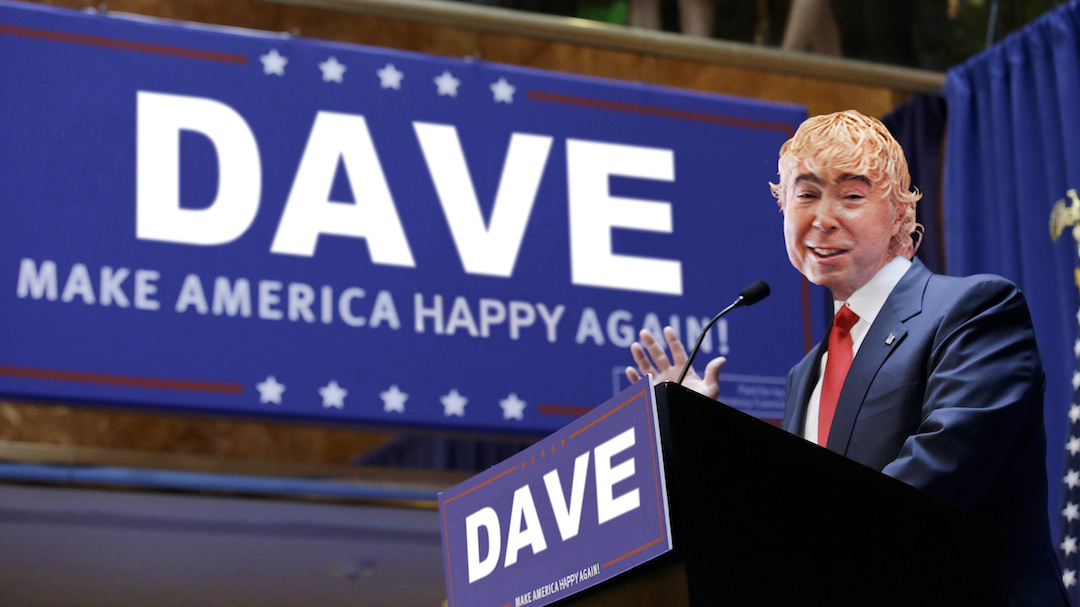 “The American people need a carefree, cheerful leader to lift their spirits and get them back on track, and I believe I’m just the guy!” said Dave, glowing with excitement.

Cornell’s jubilant candidate has already tackled main agenda topics such as illegal immigration with his policy of deporting students who attempt to sneak into the dining hall without swiping.

“I want to build a wall,” declared Dave. “I think we can all agree that an Okenshields without laws or borders is not the Okenshields this country needs. Internal security is of the utmost importance, so we must stop whomever is sending these criminals across our border to eat all the Asian food the dining staff of America has prepared.”

After his press conference, Happy Dave rushed to the Engineering Quad to kick off the widely-anticipated campaign tour, his confidence boosted by reports showing he has already surpassed fellow candidate Jeb Bush in the latest CNBC polls.