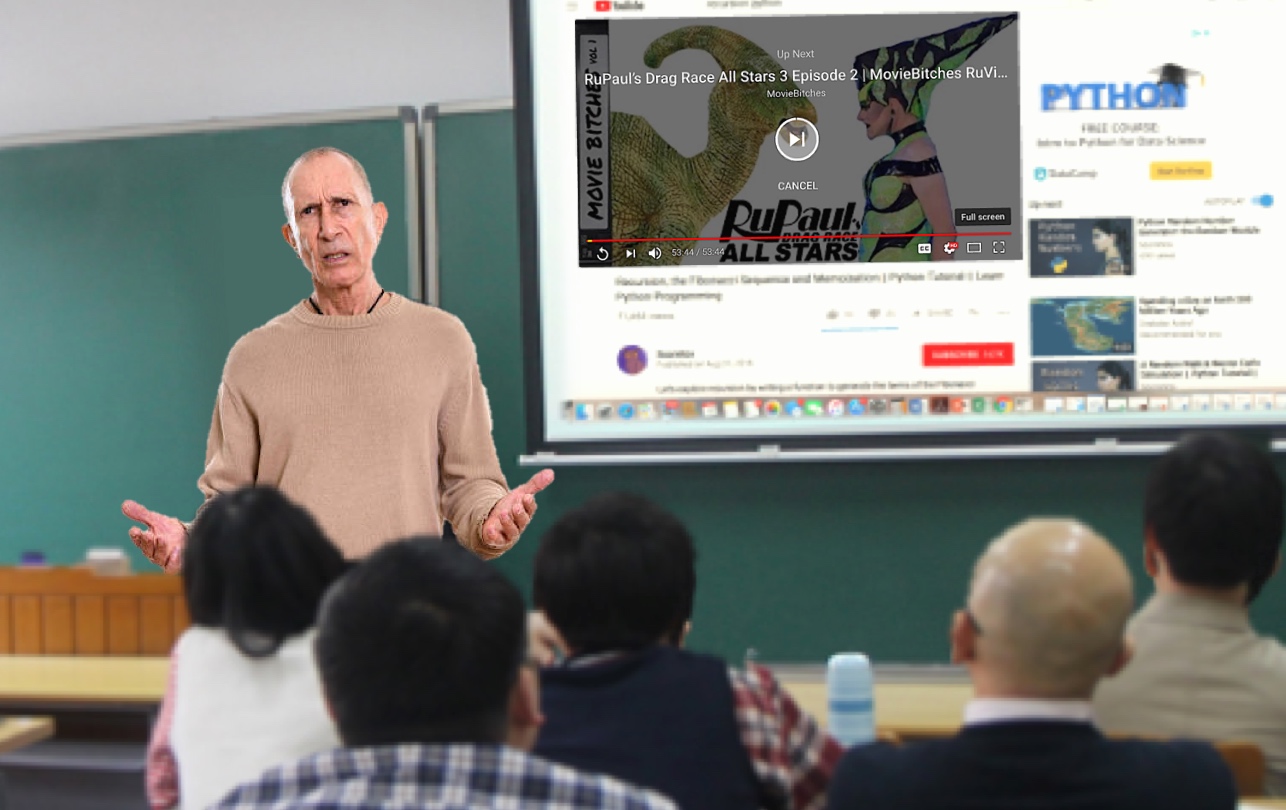 CARPENTER HALL—A CS 3410 lecture came to a screeching halt Tuesday morning in the most recent case of YouTube AutoPlay catching a world-renowned professor off guard.

Unsure of whether he wanted to close all tabs or just his current browser tab, the Fellow of the American Academy of Arts and Sciences instead elected to restart the computer.

“It was a little sad to watch, but I sure wasn’t gonna go in front of the class and solve this easily fixable problem,” stated Mark McTailor ‘19. “Last semester when Drag Race All Stars Season 2 videos kept popping up, I got used to the routine. At least he’s gotten through a season since then.”

After the eighteen minute ordeal resulted in his laptop being completely disconnected from the A/V system, Tronkowski decided to just release the class and finish watching the highlight video on his phone.