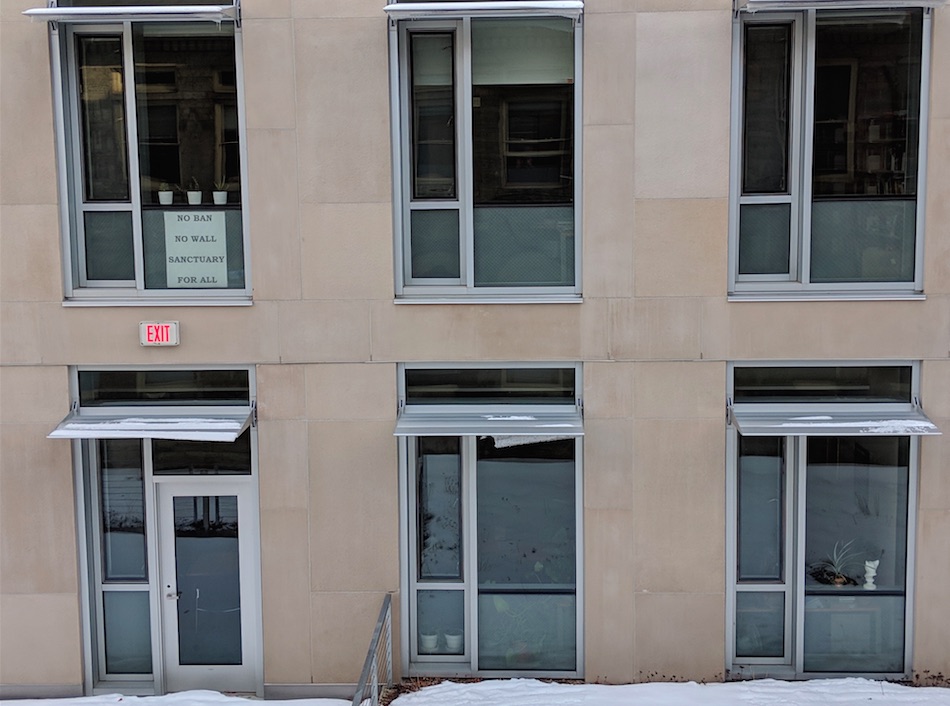 GOLDWIN SMITH HALL—House Speaker Nancy Pelosi addressed the nation regarding the end of the government shutdown, stating that it came as a result of the 1’ by 2’ sheet of craft paper reading “No Ban, No Wall, Sanctuary For All” in a corner window of Cornell’s own Comparative Literature Department.

“Overcoming the gridlock and division over the past 34 days has been no easy feat,” reported the California representative from the steps of the U.S. Capitol. “But the evocative commentary provided by the “Sanctuary For All” poster galvanized pushback against the president’s wall proposal, and helped the American people come out on top.”

While the Sanctuary For All poster is not visible from any of Cornell’s densely-populated walking areas, it does provide a constant positive message of inclusivity to the adjacent window of an empty Goldwin Smith Hall janitorial closet.

Comparative Literature Professor Roger Errin, who placed the poster in his window in November 2016, stated that “the 4, maybe 5 people who see the poster each day were definitely inspired by its acerbic delivery and progressive stance. But if even one person saw it, I would’ve been happy.”

While Errin was always proud to stand against the racial division of the current administration, he has been especially pleased to watch the poster change hearts and minds across the country.