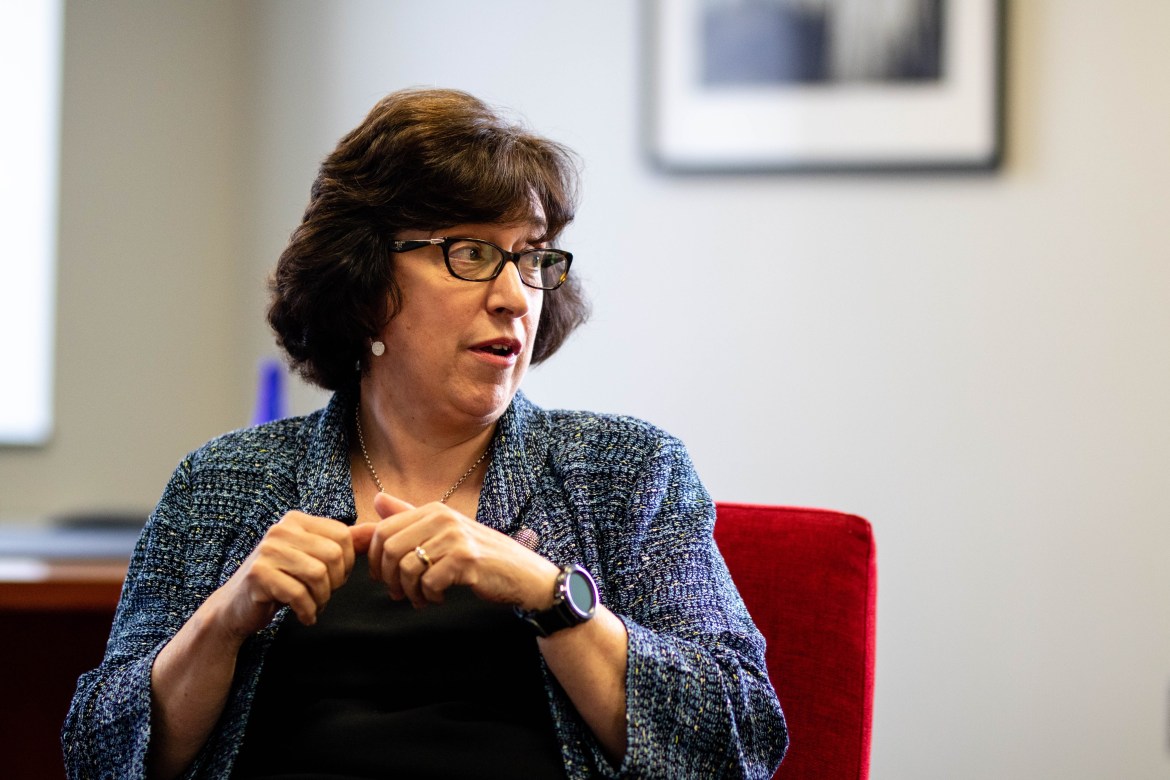 DAY HALL—After receiving word yesterday that another swastika had turned up less than an hour before her flight to IBM headquarters, Cornell President Martha Pollack quickly jotted down a four sentences campus-wide email on her way to the airport.

“A few months ago, I might’ve written a long email expressing solidarity with all students and faculty members like last time, but I’ve been so swamped with this new job,” said Pollack. “If I get some time to focus on Cornell, I might draft a paragraph or two to get ready for the next time this happens.”

Pollack intends to start digging into her backlog of hate incidents to write emails about “right after we release first quarter earnings.”

“I hope Jewish students know dealing with such crimes is my first priori—one second, just got something urgent,” Pollack said as she opened an email on the IBM marketing department’s last social event.

If her IBM workload keeps up, Pollack is reportedly considering telling Ryan Lombardi to just forward one of her many previous emails reacting to hate crimes and bigotry on campus whenever this happens again.