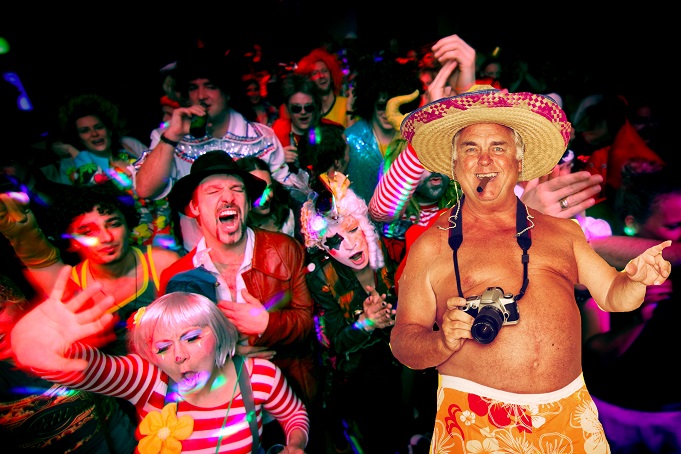 “The brothers at his old house really seemed to like him,” said son Richie Hernandez ‘ 23. “They invited him back up in two weeks for their big fall party. And honestly, I don’t even care that they didn’t invite me; I’m probably going to have so much work that week, anyways. It just would have been nice if Dad had even introduced me.”

Hernandez insisted on joining son Richie ’23 for a night out at fraternity annexes, where he exposed Richie’s utter inability to “hang with the boys.”

“I mean look at the kid,” Ronald yelled over the music. “The boy can’t hold his liquor, he can’t rail lines, and he couldn’t pull chicks if they were tied to a rope. And I can tell he’s pissed I keep destroying him in flip cup. Is Richie even still here?”

In an attempt to get back into the swing of things, Richie brought a beautifully poured and perfectly chilled glass of rosé to his father, who was too busy shattering the house keg stand record to even notice.