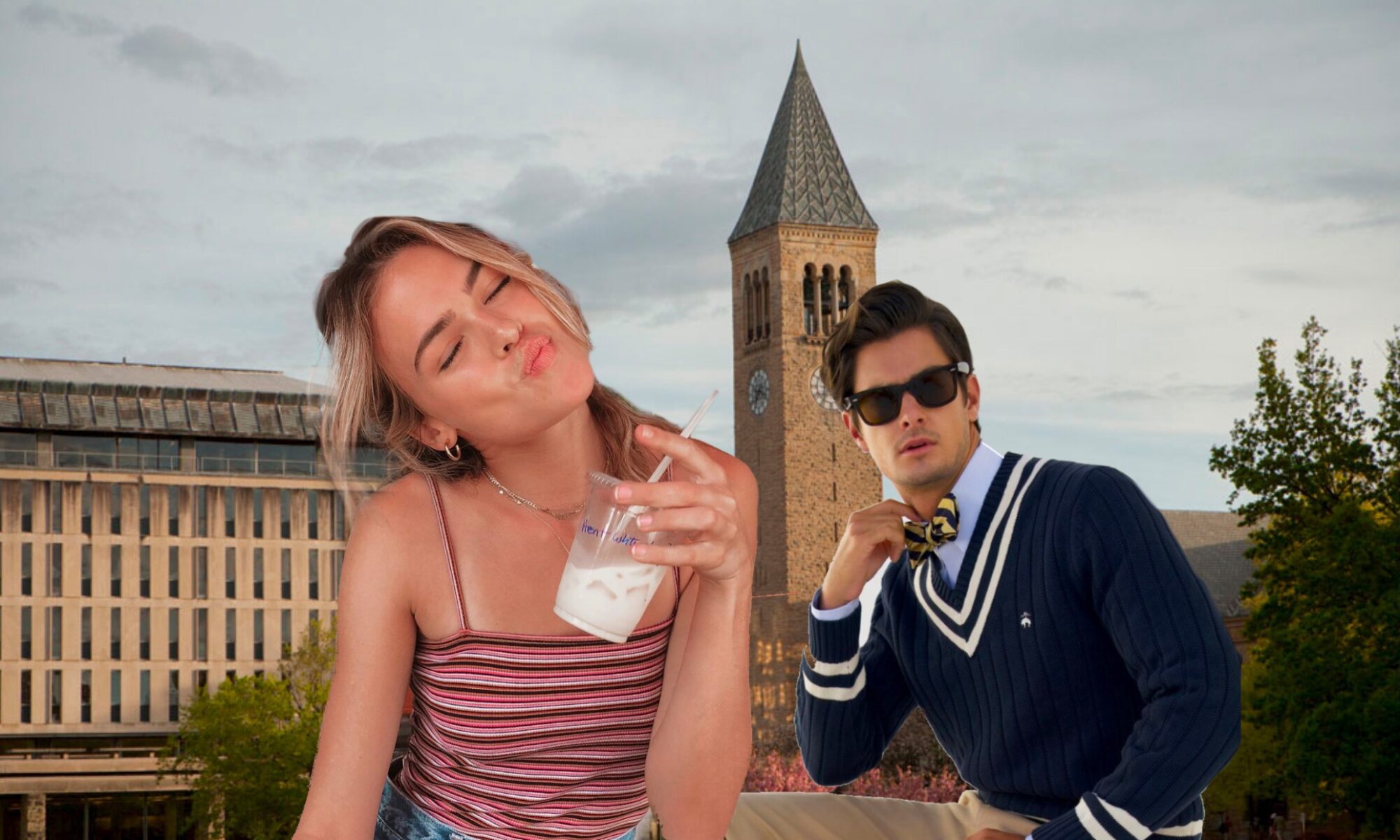 Olin and Uris, a pair of twin freshmen in the Dyson School, were found to be blissfully unaware of their Cornell legacy.

“People keep saying how cute it is that our parents named us after their alma mater, but I’m pretty sure they didn’t go here,” commented Uris, bending to pick a singular blade of grass from his uncreased Golden Goose. “I actually have no idea where they went to college. I think they might be too embarrassed to tell us, because the last time I asked they started talking about some vacuum cleaner.”

When informed that their eponyms were in fact historic libraries on Cornell’s campus, Olin almost threw her iced latte. “Omg!” she squealed. “Like those cute places with books?”

Uris seemed less enthusiastic: “Ew–libraries? I thought we were named after Greek gods.”

The pair then agreed that if, hypothetically, their parents had actually gone to Cornell, they should’ve named their children after “something cool, like the football field.”