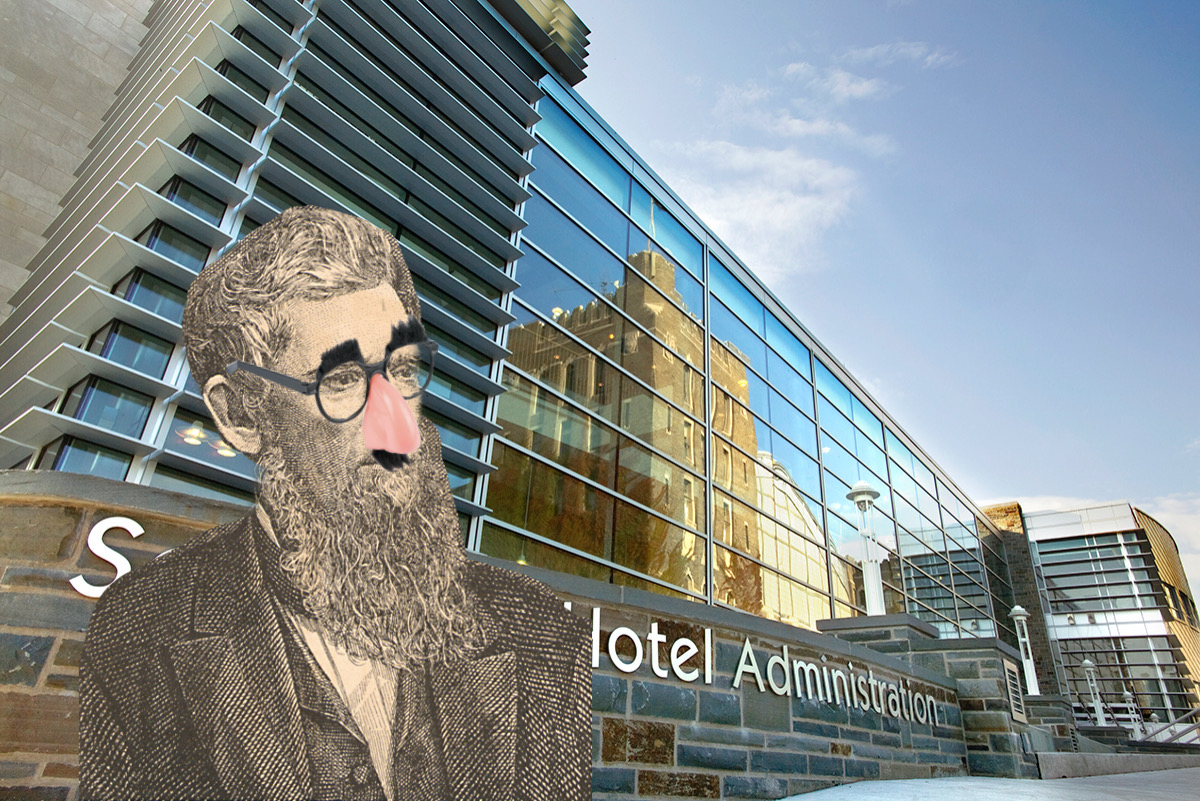 STATLER HALL– As the 100th anniversary of the Peter and Stephanie Nolan School of Hotel Administration approaches, Ezra Cornell has risen from the grave to speak his mind. Climbing out of his marble sarcophagus in Sage Chapel on Friday night, Cornell’s founding father finally set the record straight on the #1 hospitality program in the United States: “I was kidding, guys.”

The School of Hotel Administration was reportedly founded after administrators found a note scrawled in the margin of the original Cornell charter stating, “I would found an institution where any student with familial ties to the Mariott empire could take a bunch of cooking classes and then go work for Bank of America.” Those administrators apparently did not read the subsequent line, “LOL.”

Students and administrators had mixed reactions to this bombshell admission. Some fervently defended the merits of an Ivy League hospitality program, while others, like Kiley Harrison, Hotel ’25, were less surprised. “After I took the second 4-credit required course on how to use PowerPoint, I started thinking something had to be going on,” noted Harrison. “It actually makes me feel a lot better knowing this was a joke, and no one actually thinks this is a useful curriculum.”

Ezra told reporters he considers “Hotel School” to be one of his most hilarious gag ideas, right up there with making freshmen swim three laps to graduate, “chimesmasters” blasting unidentifiable pop hits out of McGraw Tower at 8 am, and “Big Slope.”