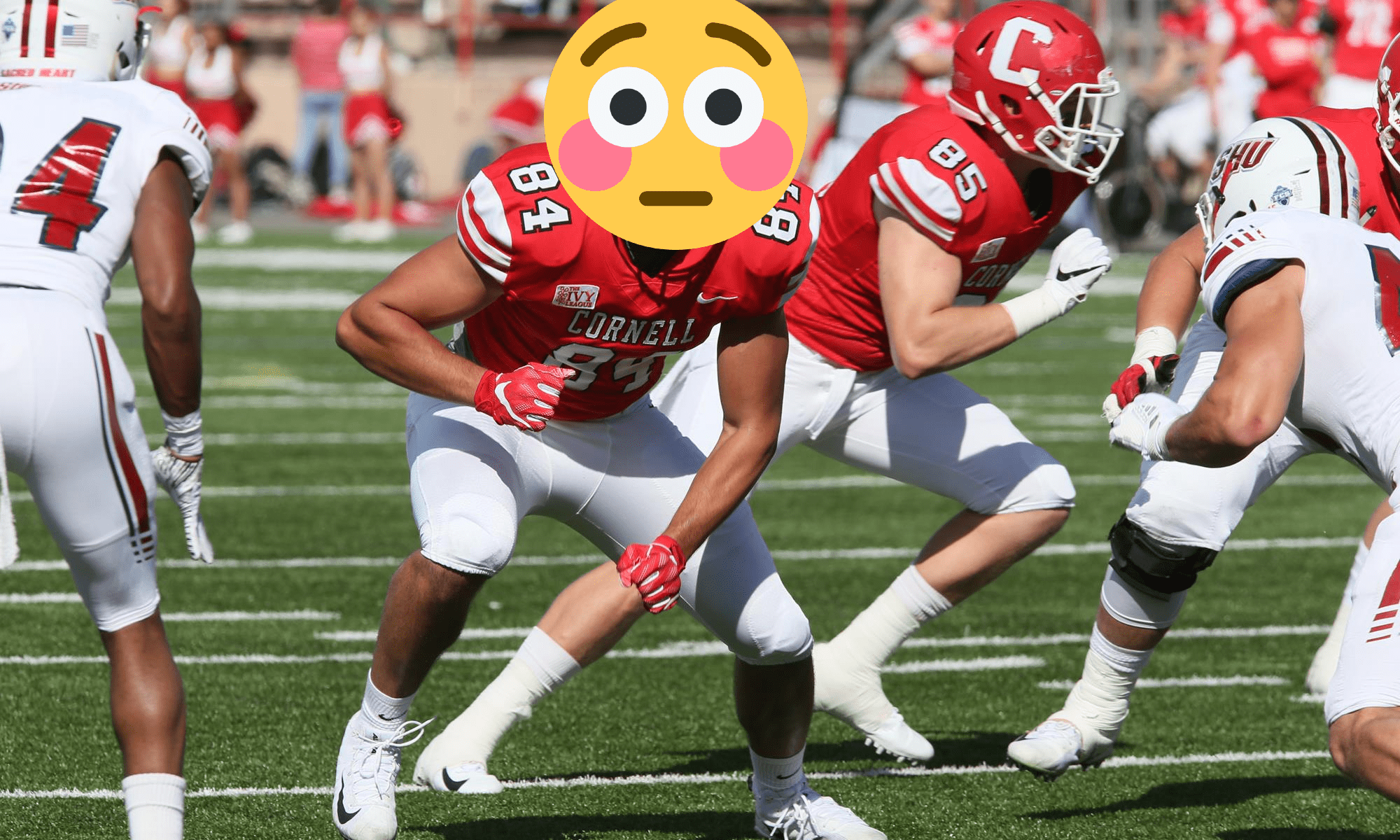 SCHOELLKOPF FIELD–While homecoming weekend is an exciting time for all students, surely no one is anticipating it more than Casey Gable ‘25, a football player who derives sexual gratification from being publicly humiliated.

“I love it when the whole stadium has their eyes on me in my tight little shorts,” groaned Gable, already sweating through his jersey despite being benched the entirety of practice. “I’ll wait till I’m a few yards from the end zone and then drop the ball through my naughty, naughty fingers. Maybe the referee will even call me a bad boy. Normally I’m a wide receiver, but let’s just say I’ll be a tight end tomorrow.”

“People ask me if I have a hard time making friends when I have such an obvious, life-consuming fetish, but on the Cornell football team I fit right in. Why else would everyone keep fumbling, missing extra points, and letting the opposing team plow through our defense like a car at a full crosswalk in Collegetown? There’s no way Cornell accidentally recruited that many bad players,” said Gable, who is not on speaking terms with any other members of the team.

Gable concluded by stating that at least he was “nowhere near as freaky” as “that furry in the bear suit.”