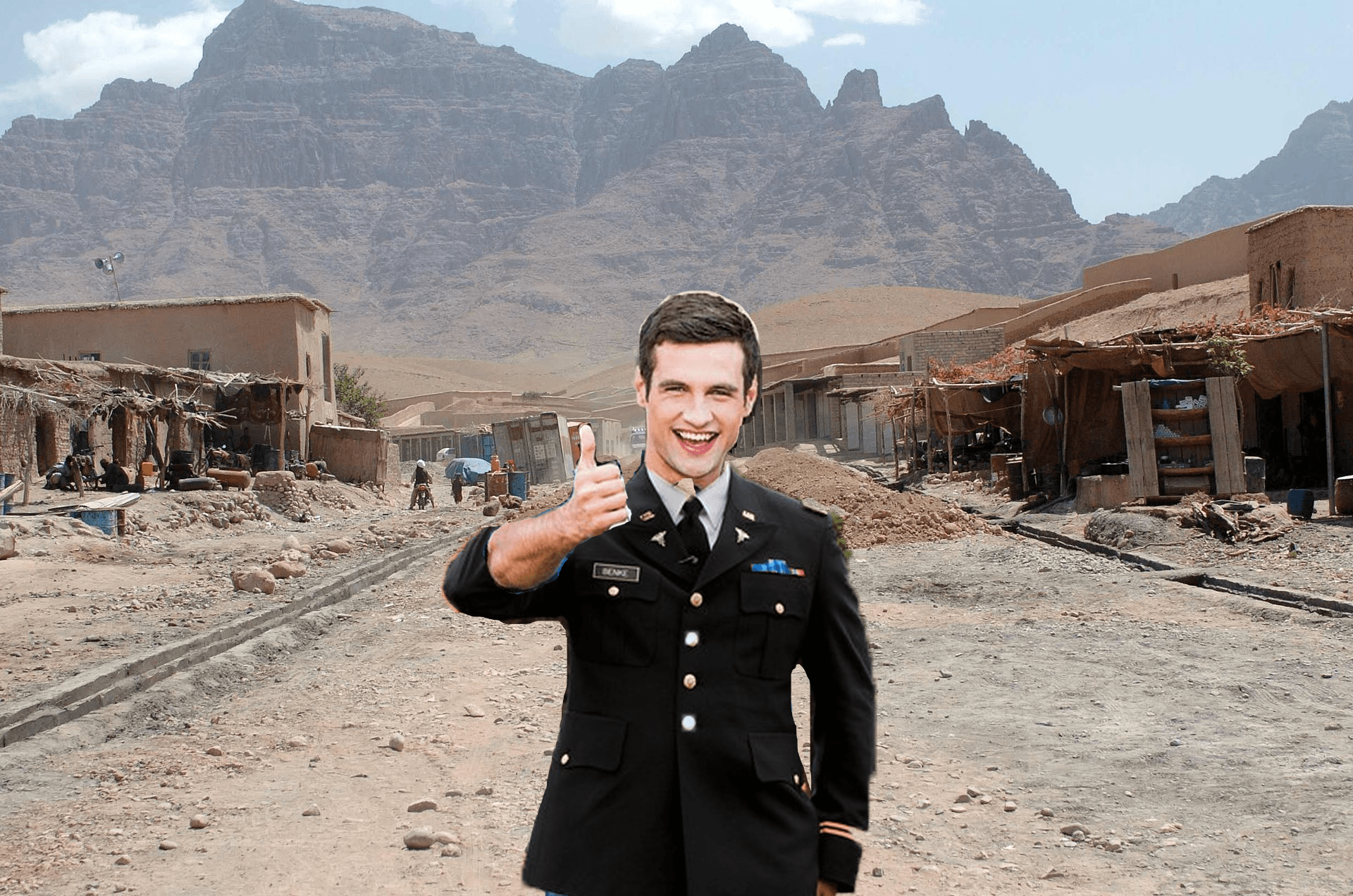 KABUL, AFGHANISTAN—Last Monday, Max Trent ‘23 and twenty of his fellow ROTC cadets boarded one of the last flights to Kabul alongside American soldiers for an enticing cultural enrichment study abroad program in Afghanistan.

“I’m super excited to go to Kay-bull,” said an excited Trent, “it gets so cold here in Ithaca I’m really looking forward to spending all semester in the nice warm desert with the Afgangi’s. We’re super excited to be on this mission, it’ll be a nice break from the prelim season.”

Last week, the U.S. military, low on volunteers, reached out to Cornell and other American universities for the last few people who couldn’t say no. In their recruitment, the military sought out the loudest and most confident individuals, all of whom claimed they could beat the Taliban blindfolded and without fellow ROTC cadet and certified alpha male Beermaster’s help.

The ROTC boys were excited to participate in a range of cultural activities such as archaeological digs for vital mineral resources the US left behind, paper macheing CIA documents that had not yet been destroyed, and a bowling night at the former U.S. embassy.

“I think I stand a really good chance against the Taliban,” Trent added. “Yeah they have tons of abandoned American weaponry, but do they have Bront, Mitch, and Cody on their side? My boy Beermaster can run a mile shirtless in 18 minutes, can the Taliban do that?”

Tragically, Trent’s confidence wavered as soon as their plane landed in Afghanistan, and even the soothing voice of Beermaster couldn’t prevent his pants from wettening.