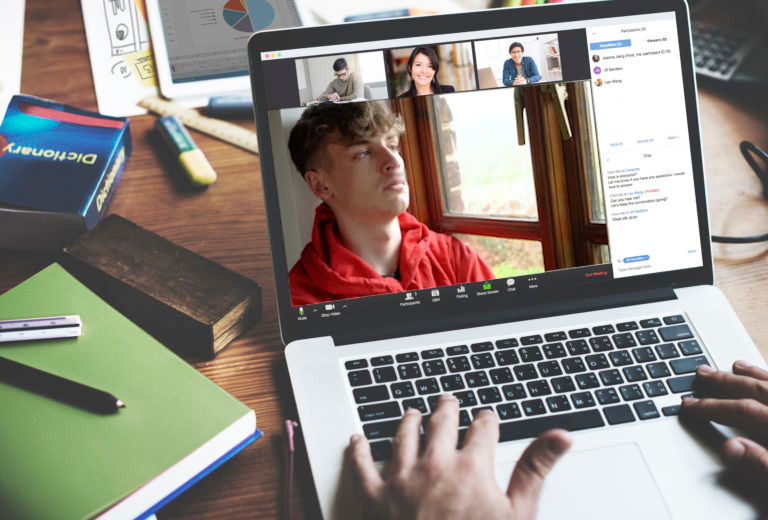 Like most Mondays, during this week’s session, students sat in the Zoom waiting room, joined a breakout room after a half hour or so, and then relayed their questions to a noticeably frustrated Green as his parents, Deborah and David Green, engaged in a cacophonous shouting match in the other room.

Despite the shift away from campus, Green’s students reportedly feel extremely engaged during his office hours, particularly with the very audible marital tension occurring within earshot of his web camera. Office hours attendance has increased sharply in recent weeks as students have more and more unanswered questions for Green ahead of finals.

“So your dad did or didn’t say he’d sort the laundry before 5:00?” asked Michele Larrison ‘21. “And, I know we’ve covered this before, but could you remind me, Angelica is your mom’s younger sister? The attractive one who’s caused problems before, right?”

Student curiosity and satisfaction with Green’s office hours seem to suggest a more enthusiastic classroom environment than ever before.

“Jeffrey’s office hours have been really beneficial, and I think I’ve gained a much better comprehension of backpropagation ahead of our exam,” said Charlie McBain ‘20 “and more importantly, I really think his mom needs to chill out- Walgreens receipt timestamps cannot be easily forged like she thinks.”

Faced with the choice between the echo-plagued Wednesday TA who does not wear headphones and the glitchy Friday TA whose family hasn’t upgraded their wifi since 2005, Green’s Monday night sessions and deteriorating family dynamic appear to be student’s best choice for learning.