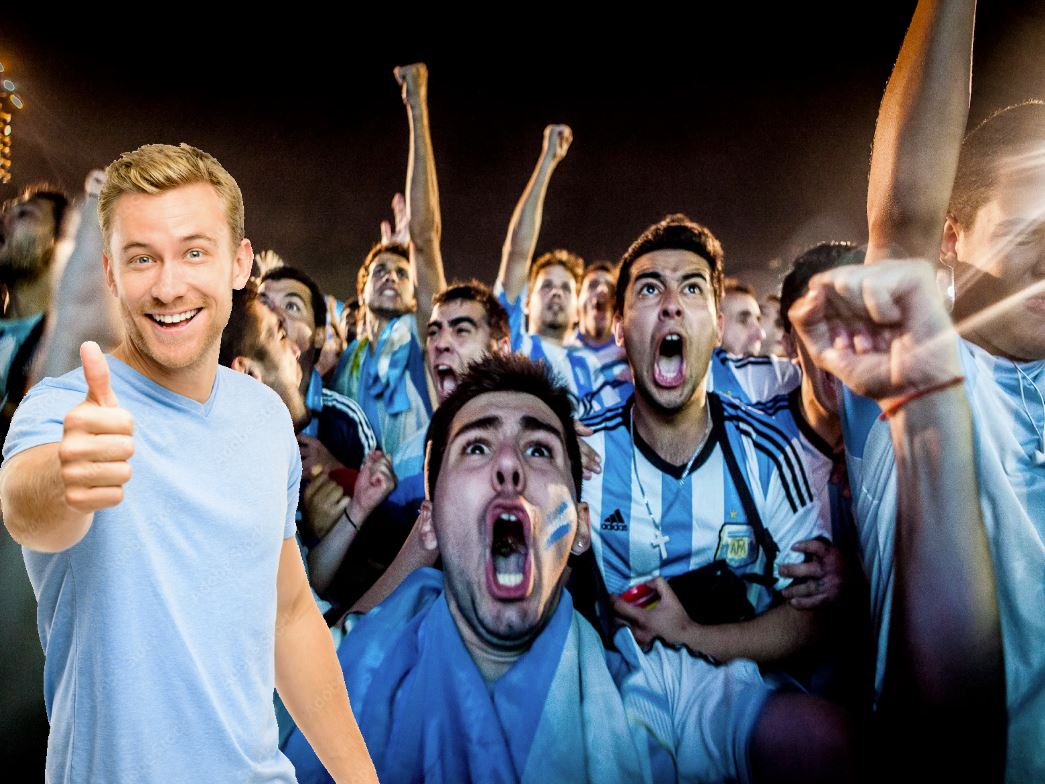 WEST CAMPUS—In a shocking turn of events, one student’s milktoast European roommate revealed himself to be “like 1/16th Argentinian” as the World Cup began.

“My great-great-grandfather lived in Argentina, actually!” explained James Brunner ‘24, in blue face paint and a Lionel Messi jersey. “¡Soy Argentino! I love my country, from the beautiful buildings of Buenos Aires to the… beautiful streets of Buenos Aires. The culture of Argentiña runs in my blood, and I’m honestly thrilled to represent my nation’s colors during the World Cup! Vamos Messi!”

Brunner spent the week opining over the storied legacy of the Argentine Men’s National Team. When asked to name his three favorite players in football history, Brunner quickly rattled off the names of Diego Maradona, Leo Messi, and “any other Argentine player.” His friend group has expressed concern over this new identity.

“He’s never been to Argentina,” claimed Jeff Donner ‘24. “He bought an Ancestry.com test just so he wouldn’t have to root for America’s garbage team this year. In fact, no one knows where he’s from. He claimed to have been born in LA for last year’s Super Bowl, and now all of a sudden he’s a Philadelphian from birth. He’s an international bandwagoner.”

Brunner’s enthusiasm for his newfound ancestry dimmed when he was informed his great-great-grandfather had moved to Buenos Aires from Dresden in 1945.