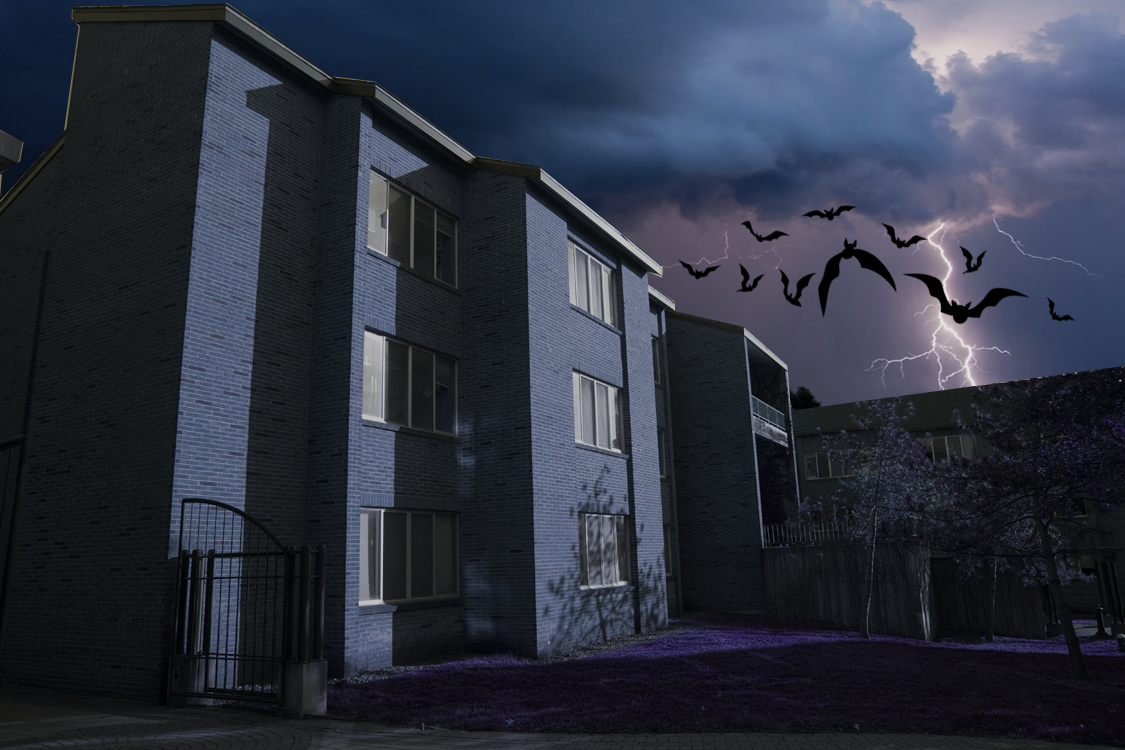 LOW RISE SEVEN—The University Housing Department faced criticism this past week for their rapid action regarding rodents in Ganędagǫ: Hall as they continued to ignore the rampant infestation of bloodsucking vampire bats throughout Low Rise 7. The host of flighted mammals have reportedly occupied the dilapidated residence hall for several months without any university intervention.

“It’s getting pretty hairy over here,” explained Low Rise 7 resident Martin Beale ‘25, wielding a broomstick to defend himself from the dorm’s winged invaders. “I’ve tried filing maintenance requests, but I can’t even find ‘Low Rise 7’ in the list of serviceable regions. So for now we have to adapt, just like with the dorm’s other quirks; I take hair out of the shower drain with a tiny rake, I leave my door shut to keep in heat, and I wear a motorcycle helmet to sleep so that the bats don’t bite me in the face.”

The university has been quick to address issues in other dorms, but remains negligent to their unwanted middle child of a residence hall. While a quick and thorough statement was made regarding the string of arsons last semester, no comment was made a week earlier when a mad scientist attempted to turn all of the Low Rise 7 residents into duck-people.

“Actually, the bats are fine,” stated a noticeably paler Beale, wrapped in a large red cloak. “The real issue on campus is the garlic bread. It’s everywhere, and it’s vile. Forget about the bats, no really, forget them, and get rid of that damnable garlic abomination.”

At press time, all of the shades in Low Rise 7 had been drawn, and a host of residents were seen outside of Low Rise 6 asking for permission to enter the premises.