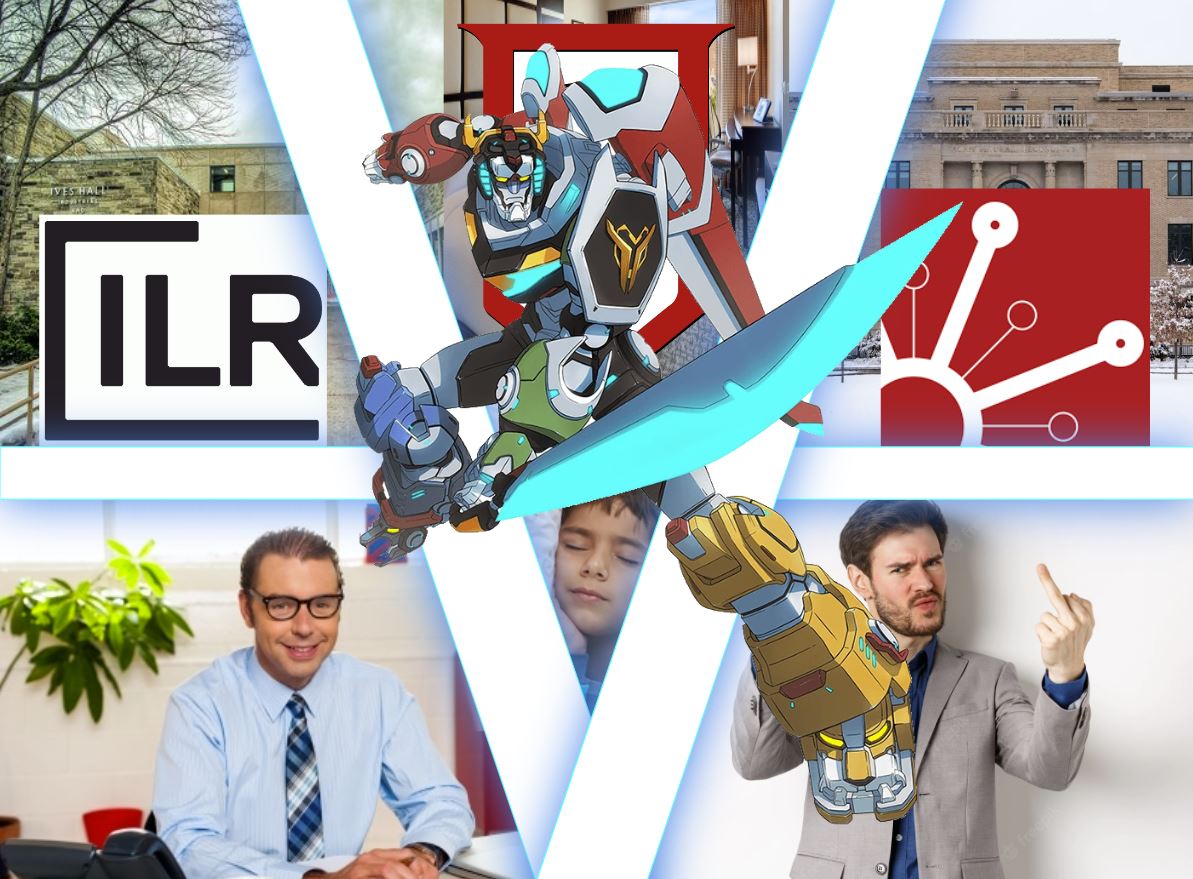 ROSE HOUSE—After a series of dangerous public opinion polls demonstrated that Cornell’s three non-STEM colleges contributed “absolutely nothing positive to society,” the trio of management schools decided to set their differences aside to form a giant super-mech with the strength to defeat any plebes who stand in their way.

“People usually think, ‘Oh, ILR, they’re the pro-worker one,’” explained senior Carlsen Tucker ‘23, using the mech’s sword to cut a tenement building in half. “But we can fuck up the poor with the best of them. You know we send the same percentage of grads into consulting as Dyson does, right? Like five grads per year actually go into unions, the rest of us dedicate our lives to crushing their hope.”

Reports indicate that the mech was purchased with money from one Hotel major’s parents, on the condition that the mech be named after their hotel chain and that their son control the head. After discovering the head does not actually do much, the crew of the Monster Marriott began to squabble over who was causing the most damage. Ultimately, all agreed that the Hotelie could sit back while Dyson controlled the mech’s right arm and leg and ILR took the left.

“Genuinely, fuck you for making me associate with these three,” raged Dyson junior Jonathan Kirkland ‘24, hurling a public school bus into space with the left arm. “Do you know how high their admissions rates are? They’re in the teens! My father fucking founded Costco, he didn’t slave away calculating bulk discounts so I could attend school with the merely above average. But fuck it, if our interests happen to align for as long as it takes to smash an insubordinate underclass, so be it.”

After a full day causing havoc, the mech was forced to close its doors after a repeal of government subsidies for anime death machines rendered the project merely mildly profitable.